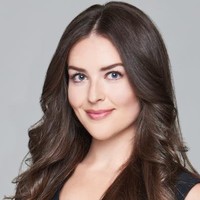 “We chose Peak Support because I felt like we were buying a leader in the industry. We interviewed a lot of people, but Peak Support was approaching our unique problems from a unique business perspective. They cared about the brand and storytelling, and they wanted to keep us at the forefront of the industry.”

In order to properly handle the growing number of incoming customer service tickets, American Exchange Group and their iTouch Wearables team worked with other customer support partners before becoming acquainted with Peak Support.

iTouch makes smartwatches that are sold at retailers Target, Kohls, and Macys, to name a few. With tech products like smartwatches, it was crucial to find a partner experienced in technical support and troubleshooting. No matter where a customer buys their iTouch smartwatch from, American Exchange Group wanted to provide first-class customer support, similar to the Apple Genius Bar.

Devin VanderMaas, VP of Advertising and Marketing at American Exchange Group, explains that their challenge with their previous customer support partner was two-fold. First of all, there was a top-down problem. According to VanderMaas, there was a lack of good management with their previous partner, and problems ranged from not being able to reach metrics as agreed, to leaving customers’ calls unanswered. “Things didn’t improve even when we spoke directly to the owner,” VanderMaas explains.

The second problem was training. VanderMaas says: “We didn’t have enough agents, and there were lots of cultural and language barriers and general problems with communication. In the end, the biggest issue was that the customer support agents weren’t properly trained to understand and handle any of our customers’ technical needs.”

After a recommendation from an in-house web developer who had met some of Peak Support’s representatives at a conference, American Exchange Group decided to contact Peak Support for help.

According to VanderMaas, Peak Support had a data-driven approach that was tailored to American Exchange Group’s specific issues and concerns. “The proposal had various graphs and charts, and we saw that there was a lot of value there,” she says. In the end, the most important factors were scalability, price, and potential for leadership.

“Initially we were concerned about the team being located in the Philippines. However, we’re very pleased with how things have turned out. The team really spots trends, and that’s really important with tech products, as well as finding the issues that are repetitive. They pay attention to detail and their work ethic is awesome,” she explains.

The Early Days vs. Today

Greg Sanchez, Head of Customer Experience at American Exchange Group, is in charge of following response rates and other important metrics. He explains: “There are customers who have tech-related questions they need support with, as well as other product-related inquiries. This is where we’ve had the greatest challenge when it comes to customer service.”

He breaks it down further: “How do you train the team fast enough? How do you get the right people on the team to actually understand the product? How do you make external customer support agents part of the ‘geek squad’? It’s a lot of knowledge that people need to have, and troubleshooting is not easy.”

With Peak Support, the customer support team becomes a part of your team, and the onboarding process happens fast. “They solve almost every problem we’ve had,” says Sanchez. “The Peak Support team is very good at recognizing trends and what needs to be done. They go above and beyond to find resolutions, and oftentimes they’re out of the box. And if they don’t know, they find out.”

With help from Peak Support, they created a war room for the SLAs, and have reached their SLA goals every time since. Currently, their CSAT score is at 96%, when before the cooperation with Peak Support it was around 60%. Sanchez adds: “We’ve also seen a 300% increase in e-commerce last year. Record-breaking!”

The American Exchange Group’s previous customer support partner struggled to handle the more technical issues, which is why finding a tech-savvy partner who could quickly learn the iTouch products was vital.

“The Peak Support team is really good at spotting patterns in issues and troubleshooting, which is really important with tech products. They add as much info as they can that goes to developers to solve issues. They pay attention to detail and their work ethic is instilled in all of them,” explains Greg Sanchez.

Peak Support Is A True Partner

Peak Support’s approach seemed different, as they view customer support through a consulting lens. “They’re really invested in the digital space, and know best practices,” explains Devin VanderMaas. “With large companies, you feel like you’re one of many, so I liked the boutique feel of Peak Support. That was really important, as it also means the team is putting more time and thought into our strategy.”

“I consider the Peak Support team my friends and I like that dynamic, because you can share more and be transparent,” Greg Sanchez adds. “If they make a mistake, it’s fine as long as we learn from it and move past it. I want them to feel comfortable to come to me.”

“Overall, I’m very happy that we’re working with Peak Support. They’ve been very patient, flexible, and have pulled us out of the weeds. Now we’re really set up to have a successful year with them thanks to their guidance and passion for our brand. Hope this partnership continues to grow with time!” - Devin VanderMaas

For the first five months of the relationship the focus was on building up the customer support team, knowledge base, and help center. Now that these are all in place, the CX team, led by Greg Sanchez, will focus on promoting the self-service customer experience and guide customers to find the answers themselves. This will allow the CX team to focus on the more technical problems and work on other projects.

“We’d also love to see Peak Support working with us on Amazon messages and responses,” adds Sanchez. “I really try to give them responsibility and ownership of specific roles. I want them to grow, too!”

If you’re ready to request a quote or you’re interested in hearing more about our services, fill out this form and we’ll get back to you within two business days.

Peak Support is dedicated to providing exceptional support to high-growth companies. We offer a wide array of services, including customer support and business process outsourcing, from both U.S. and international locations.